What is legal in only 13 States, 3 Canadian Provinces and was condemned by the New York Catholic Conference in 2011? The punchline to this bad setup is less funny than you may have hoped: Alkaline Hydrolysis, otherwise known as Bio Cremation or resomation (resomation is a trademarked process). Alkaline Hydrolysis is a process that uses water and lye to break apart the body after death without the use of fire. This, proponents say, leads to a more environmentally friendly process for the disposal of bodies. Yet the response from lawmakers, governments and religious institutions has been rather lacklustre and even oppositional. To break down the process and consider the arguments, we spoke to funeral lawyers and Alkaline Hydrolysis experts to get the inside scoop. 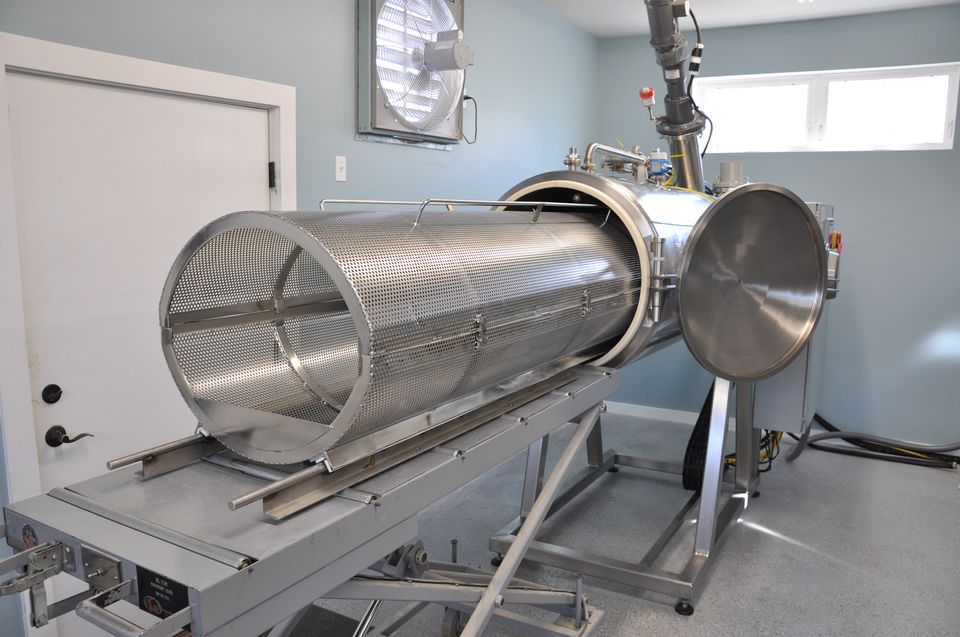 Bio cremation or resomation is based on a process called alkaline hydrolysis. The corpse is placed in a chamber that is filled with 95% water and 5% alkali that is then heated to around 160°C  or 320 °F. The water never reaches the boiling point and instead, breaks the body down into its chemical components. In other words, skin, muscle and tissue are dissolved, leaving only the bones. This process takes around 3 hours to complete.

Once the process is complete, what is left is a greenish brown liquid made up of amino acids, peptides, sugars and salts, including an intact, white skeleton. The bones, which are now soft and porous, can easily be crushed and returned to the next of kin. This process is similar to regular, fire cremation in which only the bones remain. From there families can choose to bury the ashes, keep them on display or place them in a niche. The liquid which remains is drained into the city’s sewer system or can be spread in a green space, as it is considered safe and biodegradable.

A fraction of the carbon footprint, no emissions and more sustainable

What Are The Benefits of Bio Cremation?

According to Samantha Sieber, the Vice President of Research for Bio-Response Solutions, the appeal to consumers is that bio cremation “is a fraction of the carbon footprint, [has] no emissions and it is more sustainable”. That interest rests on the smaller environmental footprint of Alkaline Hydrolysis, a process which uses anywhere from 1/10th to 1/20th the carbon footprint of traditional cremation, a method which uses a lot of energy and produces a lot of carbon emissions. According to industry studies, one cremation uses 92 cubic meters of natural gas and 29 kilowatt-hours of electricity, pumping over 400 kilos of carbon dioxide into the air. That is enough carbon dioxide to drive a car for 15 straight hours and enough energy to power a large air conditioning unit for 44 hours. Mercury and other toxic metals from dental fillings and joint replacements are also burned during cremation. And this speaks to the other problem with traditional cremation, the fire. Sieber told us that aside from the environmental impact, consumers she has spoken to generally “have an aversion to fire” and prefer the “gentle” method of bio cremation.

One of the misconceptions about Alkaline Hydrolysis is that the body is completely dissolved by the alkaline process, leaving no bones or human remains. According to Sieber, not only do the bones remain intact once the process is complete, bio cremation offers up to 20% more ashes than traditional cremation, a benefit for consumers looking to spread ashes or divide them amongst family and friends.

The Argument Against Bio Cremation 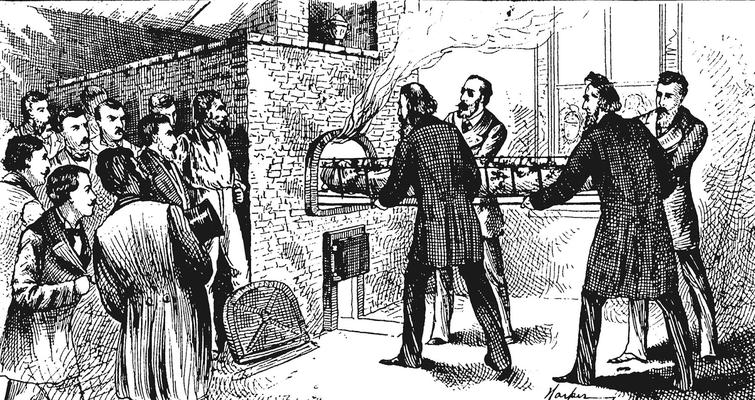 Catholics were once strictly forbidden to cremate their bodies. However, new theological concepts in the 1960s did away with the aversion to the destructive nature of cremation. While one might think the Catholic Church would see no problem with a process that does the same thing, but in a more eco-conscious way, it has been one of the largest proponents against alkaline hydrolysis. Many of the arguments used against traditional cremation by clergy are now being used against proponents of bio cremation. A 2011 gathering of New York Catholics reified the Church’s belief that “the sacredness of the human body and its dignity arises out of concern for both the body’s natural and supernatural properties”. The concern amongst Catholics is that bio cremation devalues the human body by turning it into “human waste” .

Many of these experts are inherently conflicted about alkaline hydrolysis

The Church has not been the only opposition to bio cremation. Tanya Marsh, funeral law specialist and professor at Wake Forest University School of Law wrote to TalkDeath and explained that “the most significant legal hurdle for the adoption of alkaline hydrolysis is that most states explicitly limit the legal methods of disposition to burial, entombment, cremation, and donation for educational or scientific purposes. Some states may have a broad enough definition of “cremation” to include methods of accelerated decomposition that don’t involve fire, but most states specifically define cremation as a process involving fire”.

The uphill battle facing alkaline hydrolysis isn’t from lawmakers who oppose bio cremation, it is the difficult process of changing any law at state and provincial levels. To bring new issues to the attention of lawmakers requires a lot of time, energy and importantly, money. As the bio cremation industry is still small compared to more established funerary professions, it is often up to dedicated teams in individual states to push for change.

With regards to an industry hesitant to adopt change, Tanya Marsh claims that “some funeral directors have very proactively embraced alkaline hydrolysis but many of these experts are inherently conflicted about alkaline hydrolysis and fear that it offers further competition to an industry that is already struggling to cope with rising levels of cremation”. Yet Sieber believes the funeral profession is open and generally positive towards bio cremation. At the recent National Funeral Director’s Association convention in Indianapolis, funeral directors visiting the Bio Response Solutions booth were educated about the process and many expressed genuine interest.

Alkaline hydrolysis is not a new process. In fact, Universities in Europe and North America have been utilizing the process since the 1990s to dispose of research animals. During outbreaks of animal diseases such as mad cow, industrial alkaline hydrolysis machines have been used to dispose of large numbers of animals safely and effectively. But as with any new technology, human adoption takes time and it takes effort.

When [consumers] have to make a choice but they’re not being provided with accurate information, I think it is a disservice to the people the industry serves

Where the process has been legalized, adoption rates are growing. By one estimate, when consumers are given the choice between bio cremation or traditional cremation, 80% will choose the alkaline option. This could be big news for a profession struggling to meet consumer demands for cheaper, eco-friendly disposal options. We asked Samantha Sieber what she thought some of the biggest challenges for bio cremation would be moving forward and her response was simple: education. She shares that “when [consumers] have to make a choice but they’re not being provided with accurate information, I think it is a disservice to the people the industry serves”.  When there is pushback against bio cremation it is often due to misinformed funeral directors and a miseducated public Sieber says.

Already bio cremation companies are beginning to make headway, with new machines recently sold in Quebec, Ontario and new markets in the United States. What the future holds for bio cremation will largely depend on an openness of state and provincial legislatures to adopt the technology. While the funeral profession has often been accused of being set in its ways, as with any profession, adoption of new technologies and techniques takes time and education. As consumer demand rises and this process becomes normalized, expect machines to be making their way to your nearest funeral home.

*A big thank you to Samantha Sieber of Bio-Response Solutions and Tanya Marsh for their time and input.